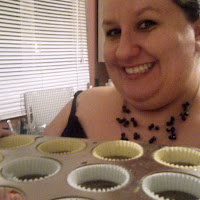 I've been in search of a delicious, unusual, fantastical, four-star original cupcake recipe. And in the chocolate category...I think we may have found a winner.
Now there is nothing wrong with a plain chocolate cupcake with either chocolate or vanilla frosting. It's an oldie but a goodie for a reason. 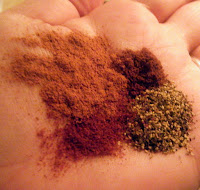 I was looking for something to spice that up a little. Take the "ordinary" to the "extraordinary".
During the Christmas holidays I make a Mexican Hot Chocolate cookie. Chocolate with a hint of black pepper, chili powder and cinnamon. So I thought "Why not a cupcake?"
And since I've promised to share the "winners" with people here's the "recipe" as it were. 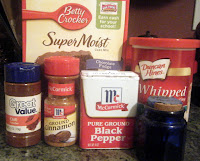 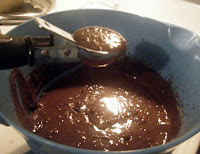 (* Denotes measurements instructed on the box. Follow your cake mix recipe but substitute coffee for any water)
1) Combine cake mix and all spices - blend thoroughly
2) Add coffee and oil
3) Add eggs, one at a time - mixing well in between
4) Fill cupcake papers 2/3 of the way full (I use an ice cream scoop so they come out equal)
5) Bake 20 minutes - or until toothpick comes out clean 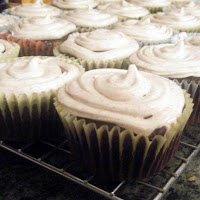 While cupcakes are baking beat 2 teaspoons of cinnamon into white vanilla frosting (yes, I used store-bought).
Once cupcakes have cooled completely - frost with cinnamon icing and decorate as you please (I used a light dusting of cinnamon on top).
*     *     *
So far all of my "taste-testers" (aka family) love them and agree these are the winning Chocolate cupcakes! 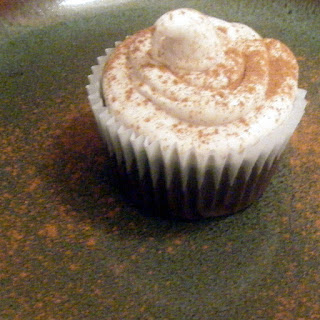