Vibrators on a Shelf Near You

For years, vibrators were bought quietly in sex shops, and later online, arriving in discreet unmarked packages. They were rarely discussed, other than perhaps during a late-night girl-talk session fueled by many glasses of pinot grigio. But now you can find them advertised on MTV and boldly displayed at Duane Reade, Walgreens and other mainstream drugstores, mere steps from the Bengay and Dr. Scholl’s.
The newest model on the shelves is the Tri-Phoria ($39.99), created by the condom company Trojan after a study the company conducted in 2008 in partnership with the Center for Sexual Health Promotion at Indiana University revealed that over half of American women had used vibrators, and of that group, nearly 80 percent had shared them with their partners. James Daniels, vice president for marketing at Trojan, said: “The idea really came from consumers. They kept telling us vibrators, vibrators. And we just laughed. And then we realized they were serious.”

The Tri-Phoria joins the A:Muse Personal Pleasure Massager by LifeStyles, which arrived in stores in January, and the Allure, by Durex, which made its over-the-counter debut in 2008; both models are $19.99. Alan Cheung, senior brand manager for Durex, said that sales of the company’s vibrating products are up 60 percent over the last six months, compared with the same period last year. “Consumers are definitely not shy about this kind of purchase in the retail environment,” he said.
This comes as no surprise to Rachel Venning, a founder of Babeland, a chain of sex-toy stores that opened a store in family-friendly Park Slope, Brooklyn, in 2008 to nary a ripple of protest. “I know women will buy them at Duane Reade, and as a lifelong cheerleader for sexual empowerment I’m thrilled at this development,” Ms. Venning said. “It’s one more step in the evolution of vibrators to just another consumer product, unburdened of its freight of shame, sexual defect and sluttiness.”
Liz Canner, who directed the 2009 documentary “Orgasm Inc.,” agrees. Her film confronted pharmaceutical companies that suggested women were dysfunctional, and therefore needed some sort of medicinal or therapeutic help, if they could not climax during sex. “It’s easier in a repressed culture to have a disorder than go to a sex store and get a vibrator,” Ms. Canner said in a recent interview. “Vibrators have been shown to enhance sexual pleasure for over 100 years now. Why not partake?”

Vibrators made occasional cultural cameos in the 1990s, with scenes in films like “She’s the One” and “Slums of Beverly Hills.” But it wasn’t until an episode of HBO’s “Sex and the City” —called “The Turtle and the Hare,” featuring an actual device called the Rabbit Pearl — that the vibrator truly emerged from the nightstand drawer.
“ ‘Sex and the City’ did as much for women’s sexual comfort as really anything has done in the past couple of decades,” said Dr. Laura Berman of “In the Bedroom with Dr. Laura Berman,” on OWN: Oprah Winfrey Network.
Dr. Berman, a prominent sex and relationship expert, also has a line of sex toys (drlauraberman.com), which she said grossed $5 million in 2010, up from $100,000 in 2005. After one appearance on “Oprah” that focused on adult women who had problems climaxing, one of her top-selling products, the Aphrodite, “was back-ordered forever,” she said. And in 2006 she sparked a national debate when she encouraged mothers to buy vibrators for their teenage daughters. “If she gets hot and bothered on a date,” Dr. Berman said about the daughter, “she can go home and self-stimulate, instead of getting pregnant.”
(Of course, a plastic battery-powered device is not needed for self-stimulation, but there is no market potential in that idea.)
Assessing the vibrator’s current ubiquity, Dr. Berman said, “Women are getting less and less caught up on an unrealistic and puritanical vision of what a good girl is. When they can embrace their self-stimulation, they can take ownership of their sexuality.”
Men interviewed proclaimed themselves not only unthreatened by the addition of accessories to their partners’ sex lives, but downright enthusiastic. Jeremy, 31, a content strategist in the entertainment business who lives in New York and wanted his last name omitted for privacy, said, “From my perspective, a woman who has thoroughly explored her own body, both alone and with or without whichever toys she finds interesting, makes for a significantly better lover.”

And now, thanks to Suki Dunham, 43, vibrators also have an iPhone app.
Ms. Dunham, a former business manager for Apple, was a stay-at-home mother for four years before founding OhMiBod, a line of vibrators that synchronize rhythmically with iPods, iPads, iPhones and other smartphones. (But, she said, “Our product line won’t be sold at the Apple store any time soon.”) She got the idea after her husband, Brian, who was then traveling frequently for his job at Tyco, gave her an iPod and a vibrator for Christmas.
He later quit to help his wife market her invention, which has faced some hurdles. Nylon Magazine refused to run an ad, Ms. Dunham said. And the federal Small Business Administration denied her loan application because they said she ran a “prurient” business.
“I can sit with my 10-year-old daughter during prime-time TV and watch a commercial for Viagra,” Mr. Dunham said, “but I can’t advertise our OhMiBod fan page within Facebook.”
OhMiBod’s Freestyle :G is more expensive than the drugstore versions, at $120, a price comparable to other models from Jimmyjane, Lelo and Je Joue. Perhaps the top of the line is the Lelo Inez, which for $13,500 offers a “virtually silent” engine, according to the company, and either a 18-karat gold-plated or stainless steel finish.
But inconspicuous consumption remains the industry standard. Dr. Berman said she packages her toys in what look like “perfume boxes.” Trojan offers a discreet lavender box. Passion Parties is a direct sales company that offers products at in-home parties, during which women place orders with a salesclerk in a private room. “We don’t have a porn star on the package. To us that’s just degrading,” said Pat Davis, the company president. “There is still a strong desire for the confidentiality of it.”
The ability to shop online has surely helped the rising popularity of vibrators; Good Vibrations’s business has grown by 60 percent since the ’90s. “I am all about the Internet,” said Ellie, 32, a student and Babeland customer in Old Town, Me. “People want them, but they don’t want to go to the creepy stores with the creepy people.” 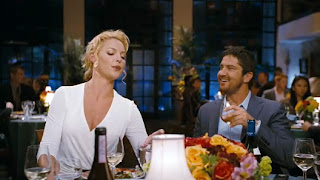 But the creep factor has also decreased significantly since vibrators began to be portrayed in popular culture. Dr. Berman’s vibrating panties appeared in the 2009 movie “The Ugly Truth,” starring Katherine Heigl and Gerard Butler. “That scene would not have been in a major Hollywood movie 10 years ago,” Dr. Berman said. Her products were also in a recent episode of “Private Practice” on ABC, though they remained in the boxes. And Kandi Burruss, a singer-songwriter and one of Bravo’s “Real Housewives of Atlanta,” has decided to create a line of vibrators with Ms. Dunham’s help.
The history of the device is an ongoing source of fascination. In a poke at early 1960s prudishness, an episode in the first season of “Mad Men” featured a wired girdle called the Electrosizer. Sarah Ruhl’s critically acclaimed 2009 Broadway play, “In the Next Room (or the vibrator play),” explored the socio-cultural reasons behind the invention of the vibrator, which was to treat “hysterical” women medically, in the 1880s.
And “Hysteria,” a romantic comedy in post-production that will star Maggie Gyllenhaal and Hugh Dancy, will recount the same point in Victorian history. The plot revolves around Mr. Dancy’s character, a young earnest doctor who takes a job massaging women’s pelvises into “paroxysms.” But when the doctor develops carpal tunnel syndrome, his best friend (Rupert Everett), who is obsessed with electricity, invents a device that has impressively efficient curative powers.