What's Best for Me. 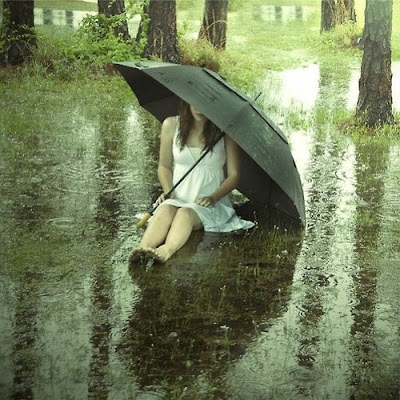 This is sort of how I've been feeling the past few days.
Down with the world falling on my head but knowing that things...
Life...could be worse.
In March my boyfriend and I had our first huge fight. It resulted in a 24-hour "break up" but by the end of the next day we were back together - realizing words were said in the heat of the moment and not truly meant. We patched things up and tried to make things better.
Without going into it things too much, this past weekend I told him I just couldn't do it anymore. I couldn't keep coming in last behind his job and the rest of his life....I felt like an afterthought.
He still is the love of my life and it's hard to imagine him not being there ten...twenty...thirty years down the line. And (without being disillusioned or getting my hopes up) he might be. I don't know. For now though it just isn't meant to be.
I haven't really told people (expect one friend) mostly because we "broke-up" not that long ago and the last thing I need right now is a "I told you so"..."See?" or the even worse "You deserve better". What I need is for understanding that this is a hard time right now.
I haven't cried.
Not really.
I suppose part of me is still in shock.
Waiting to wake up and have in next to me and this all be a bad dream.
I love him.
What can I say?
It hurts but I need to survive.
I need to do what's best for me.
Email Post
Labels: boyfriend breaking up dating happiness lessons life Long Distance Relationships relationships