I've been feeling a tad stagnant in my artistic side lately and have been toying around with the idea of a 365 day photo challenge. I recently completed a 30 day challenge on facebook and found it difficult to post a picture based off the assigned "theme" as it were. But leaving it as open ended as "just take a picture" wasn't what I was looking for either.

So why not combine my fascination with food and this idea of a 365 day photo challenge? So I thought I'd use this blog as a basis for posting the pictures.

Don't worry. I still plan on posting reviews, photos, recipes, etc. But will now (also) be taking a picture every day of a meal, beverage, food at the store, etc. And posting it here. Understandably there will be (for a while) some gaps in days. Since my only computer (with photo editing options) is at work the weekend pictures won't be edited and posted until Mondays.

So here's my first day photo challenge. I was running late this morning so instead of my normal Starbucks run I grabbed an Adina organics iced coffee from the bookstore (it was better than yesterdays other organic coffee drink I had from them).

Since this is the only thing I've consumed today (that was around for me to take a picture of) here we go: 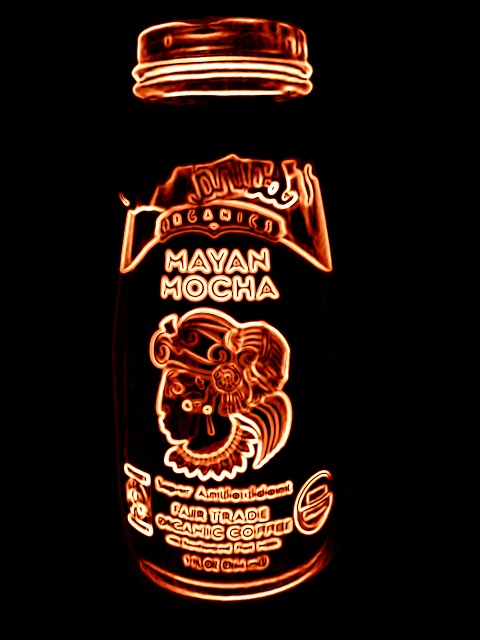