Female Beauty is an Abomination

(Guardian Article forwarded to me)
L'Oréal's pulled adverts: This ideal of female beauty is an abomination
The lengths the beauty industry and its ugly sister, the fashion industry, go to sell their products are repellent. - by Tanya Gold
The advertising slogan of L'Oréal is "Because we're worth it". But it doesn't really mean it. If it did, it might include people who look like people in its marketing campaigns. And so the Advertising Standards Authority's decision this week to ban two L'Oréal adverts for deviousness could be the start of something wondrous.
The adverts featured the actress Julia Roberts and the model Christy Turlington promoting Lancôme's Teint Miracle foundation and Maybelline's the Eraser foundation. (Note the use of the word "erase". It means "annihilate".) Roberts is 43; Turlington 42. In the fashion and beauty world, they are as old as Yoda. So beauty did what beauty does; it examined the photographs, observed the flaws and eliminated them. The women emerged improbably radiant and extremely beige. They looked weird and alien and faintly radioactive, like the Ready Brek kids, but with smaller stomachs and longer necks. L'Oréal, the largest and most profitable beauty company in the world, was pleased.
But after a campaign by Jo Swinson, the Liberal Democrat MP, who emerges from this saga like Joan of Arc with a Wet One, the ASA ruled that the adverts misrepresented what the products could do to a normal face. The claims literally had no foundation. Roberts and Turlington had been digitally altered, Turlington to the extent that a piece of skin appeared to be shooting out of her cheek, possibly heaven-bound. L'Oréal pronounced itself "disappointed," which presumably means that if it had a face, its mascara would run on to its chin. The company has form in this. It has received complaints for promoting Telescopic mascara with Penelope Cruz in eyelash extensions and Elvive shampoo with Cheryl Cole in hair extensions, because there is no woman so beautiful, her hairs cannot be extended beyond their human capabilities. The Cruz complaint was upheld; the Cole one thrown out.
I am not against foundation. I take no such political position. To have a face like the bastard child of E.T. and Chewbacca is not my goal, even as I await the emails suggesting my opinions about the beauty and fashion industries stem from my own essential ugliness. A No Grooming Whatsoever manifesto is a straw man I would not touch with a blusher brush. But the lengths the beauty industry and its ugly sister, the fashion industry, run to sell their products are repellent and dangerous. In search of profit, they have created a homogenous ideal of female beauty that has nothing to do with what women actually look like. She is an abomination – starved and plucked and ironed and shrunk; she is the doll that looks like no one. Her goal is to sell dissatisfaction because liking your body sells nothing. Surveys say the majority of women are unhappy with their appearance and I blame the doll for almost all of it. 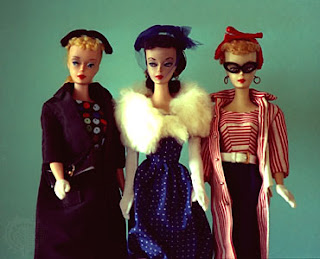 It has been a slow crawl for the doll. In the 50s and even the 70s – the 60s were a tentative audition for today – a size 12, with hips and breasts, could make it on to a billboard or into a movie. Marilyn Monroe, Jane Russell, Ava Gardner – all had flesh and interesting faces and imperfections. Russell's eyebrows looked like draft excluders and Gardner had a cleft chin you could topple into. They looked like individuals. No more. Models and actresses are tiny now, and curiously similar, with every trace of fat melted off, every shadow painted out. This is not just boring and offensive and a nightmare for people who like to see actresses who can act, rather than pout. It is a mass psychosis, where what is real is despised and what is non-existent is desirable. The camera lies, like never before. I await the first Franken-actress, composed of itinerant body parts glued together with CGI. I hope they don't forget the eyes.
When I attended couture week in Paris last year – an event of such monstrous self-delusion and inanity I will never go again – I stared at the girls because their upper arms were thinner than their lower ones. They looked sick in their hobbling heels and, therefore, as remote as ghosts. They were sallow and spotty; they had created the need for airbrushing themselves, for a want of toast and butter. Even so, very thin hands clapped. I thought the audience was mad to applaud such screaming symptoms of starvation, but no. They are simply immune. They have forgotten what normal people look like. In kinder moments, I can see that fashion people are also victims of their own cracked dreamland. Galliano is daft, McQueen is dead and both Valentino and Lagerfeld look as if they've have had enough plastic surgery to suggest they don't like the mirror, either. They look like unhappy, ageing women: they look like their customers.
When a model leaves the catwalk and dies of heart failure, or dies of anorexia with the whispered death-bed testimony of what the industry requires on her lips, there is always some chat about banning size-zero women from the shows and a suggestion that fat women (size six?) should be allowed to stagger up and down the catwalks in the stupid shoes. Giorgio Armani said in 2006: "The time has now come for clarity. We all need to work together against anorexia." But watch the fall/winter 2011-12 shows online and see if you think anything has changed. The status quo is re-established as the model goes cold.
Sometimes a product such as Dove will use "Real Women" – that means fat, with non-regular features – in its advertising, but this is gimmickry, a shove for the latest campaign. A normal-looking person in a beauty advert equals a global news story; what else do you need to know? In what you might call corporate altruism, although I call it something else, Dove (property of Unilever) has established a Self-Esteem Fund to help women combat advertising and the eating disorders even Unilever admits advertising creates, because "the average person sees between 400 and 600 advertisements per day," some of which are, presumably, Dove's. But go to their website. You will soon see young, thin models as well as "Real Women". Normal abnormality is re-established, even as the Self-Esteem Fund counts the teenage anorexics on its fingers.
The September Issue, the documentary about US Vogue, included a brilliant scene where the cameraman was photographed for the magazine. Well, not his head. He was presumably too ugly to appear with his head, but his body, all in black, was OK if his paunch was rubbed out. That was Vogue's revenge on the truth-teller: make him thinner, remove his head.
When women, and increasingly men, who are, poor things, the latest victims, see the gulf between the ideal and their own nasty reflections, what happens? Their hatred of their own selves grows – read the innumerable statistics – and vomit rises in the throat of yet more consumers. You can ignore the argument that growing obesity is a sign fashion advertising and beauty advertising has no impact. Anorexia and compulsive eating are twins, not opposites, and both, I think, a response to the doll.
I am thrilled Swinson and the ASA stood up to the doll and knocked her down. It could be the start of something beautiful. Or it could be a scream in the night, because she will be back. She is made of flesh and pixels – and money.
guardian.co.uk © Guardian News and Media Limited 2011
Email Post
Labels: aging beauty fashion