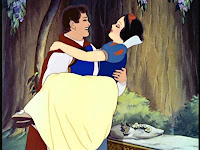 This evening a friend of mine posted this article with a note saying he was posting it for me.
(Let me say before we get started that I love Disney. I have a many many on DVD. I grew up watching them and still will go to the theatre to see the newest Disney cartoon. Doesn't mean the feminist and political side of me doesn't see everything that's wrong with them)
*               *               *
The Disney Myth: Why So Many Women Are Misled About True Love
How "happily ever after" sets kids up for heartache as adults.
By Joe Amoia

There are over 100 million single adults over the age of 25 in our country, and for most of them, the thought of being single and dating is analogous to having a red hot poker jammed into their eye. Based on my research, most single women dislike dating and being single. When it comes to finding that special guy to share their life with, many of these women say that there is hope in their heart, but they honestly admit that they are not too optimistic that true love is in their future.
Why do these women feel this way? For many of them it is based on their experience with men and their past relationships. Imagine if you wanted to eat Italian food and every time you went out to eat Italian food you had a bad experience. It wouldn't be long before you started saying to yourself "Italian food sucks." It would be only natural, wouldn't it? And who could blame you? Here you are trying to find a great place to enjoy your favorite food but every time you thought you found "the one," it left you unsatisfied and disappointed.
Well, isn't that how it is for you with men and your relationships? You want a great guy but after each failed relationship it's harder to believe that true love actually exists, isn't it? Well, it's understandable, and I felt that way a long time ago too. In fact, I have a theory. I call it the "Disney Myth" and it says that the reason most women have a hard time with men and relationships is because they have a distorted view of what true love really is.

Let's think about this. As a little girl grows up, she hears story after story about how she needs to be saved by the prince on the white horse or knight in shining armor. These stories unknowingly paint a picture that in order for a woman to live happily ever, after she needs a man to rescue and save her. She learns that her ultimate life happiness depends on a male hero.
This storyline exists in most of the Disney movies, including Cinderella, Snow White, Beauty and the Beast, Aladdin, and Sleeping Beauty. And in the '60s and early '70s, Disney movies played a role in most childhoods. But, as I got older and started dating, I realized that many single women who had grown up in that era had an unrealistic distortion of love and relationships.
I guess watching my mother love my dad during his four-year battle with cancer made me realize what true love and a relationship was really about. When my dad was going in and out of hospitals, having chemotherapy and wasting away in front of our eyes, I soon learned that true love was so much more than what we had ever been taught or shown. I learned that life was going to throw stuff at you and if both people weren't prepared for it, then the chances of living happily ever becomes a much more difficult aim to achieve.
What Disney left out of all of these movies is that there is something called life after you fall in love. True Love is a commitment between two people to be there for each other and to support each other in the face of life and all of its challenges because the truth is, no matter who you are, life is going to throw stuff at you. And if your prince charming doesn't have the skills and tools to meet your needs, it won't be long before happily ever after turns into miserably divorced.
I find it amazing that in the world we live in our educational systems teach us nothing about relationships. Including my doctorate, I went to school for 21 years and in that 21 years I did not have a single class on relationships and what is necessary to increase one's chances of living happily ever after. Instead, I had to figure it out on my own. I took my lumps, made a lot of bad choices and ultimately figured it out. I learned that the key to a happy, fulfilling and successful relationship is picking the right partner for the right reasons. It is about being clear about who you are and what you have to offer and picking a partner who compliments you, and who is on the same page in regards to your life goals and visions. 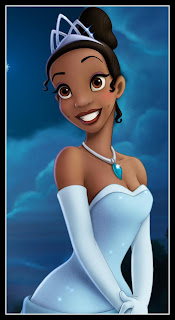 A relationship is a true partnership between two people. It doesn't make a difference how cute you look together or how much you think you love each other. What matters most is the two individuals love, respect and honor each other in a way that they work together to create the results that they both desire.
Many little girls grow up and dream of finding their prince. They grow up dreaming about being the princess and wearing the white dress. Years are spent focusing on the fantasy of the wedding day and what it will be like. For many, that day comes and once it is over they realize that true love and having a successful relationship is much more than they realized. Unfortunately Disney left that part out.
*               *               *
After reading it I commented "I'm going to assume you meant this is for me because you knew I'd agree withthe article and not because you think I'm looking for the Disney Myth of love."
I won't deny that Disney has given the completely wrong message about ... well lots of things. Relationships, men coming to "rescue" the women, women who are helpless and life doesn't really begin until she's saved. However, I have to that I don't think my problems are that I've fallen for the Disney Myth.
I come from a divorced family. My father left my mother for a woman 10 years his junior, he left not only my mother but also my 6 month old baby sister and my 8 year old self. 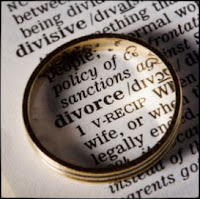 My parent's are not the only ones in my family who are divorced. Of my six aunts and uncles only two are not (or were never) divorced - yet one was married to a philanderer and the other to an alcoholic abuser. Of the divorced/divorcees one aunt is on husband #5! I never had (what I would consider) "healthy relationship models" growing up.
This is what say is the foundation of my inability to find a healthy and stable relationship for longer than 2 years. I've always built walls around myself to help stop others from getting in and hurting me. But then on the flip side, I also always hope/believe that "this time" and/or "this relationship" will be different and I won't fall into the patterns of the generation before me.
So yes, Disney has filled my head (and others) with knights in shining armor, frogs that turn into princes, and being saved from less-than-ideal lives by being swept off my feet.... but I have thoughts of how to leave a relationship the first time a fist is swung or violent words thrown, how to stand up for yourself and keep your safety/sanity/self first. Disney may be f***ed up but in the end it's only the tip of my disfunctionality iceberg.
Email Post
Labels: article dating Disney divorce engagement happiness husband marriage men relationships women