Came across this Salon article/quiz and just had to share!

A sex ed exam -- for adults
By Tracy Clark-Flory

"D.C. is introducing standardized tests about s-e-x in public schools. Can you pass our version for grown-ups?"

1) A paraphilia is:
a. A fetish for parachuting
b. An incurable sexually transmitted infection
c. A clinical category of sexual disorders
d. A word I just made up to sound smart 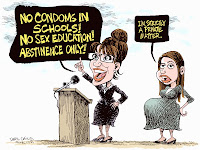 3) What is the average duration of heterosexual intercourse?
a. Less than a minute
b. 13 minutes
c. 8 minutes
d. 25 minutes

4) Roughly how many women can orgasm from vaginal penetration alone?
a. 10 percent
b. 20 percent
c. 60 percent
d. All of them, they just haven't met Mr. Right 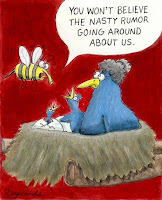 5) Non-human animals have been observed doing all of the following EXCEPT:
a. Group sex
b. Same-sex sexual behavior
c. Making dildo-like objects
d. Oral sex
e. "Except" nothing -- they've done all of the above and then some. Uncivilized animals.

6) What infection is NOT included in most STI screenings?
a. Chlamydia
b. Gonorrhea
c. Herpes
d. HIV

8) A woman may experience orgasm as a result of sensory information from which of the following nerves:
a. Pudendal nerve
b. Pelvic nerve
c. Hypogastric nerve
d. Vagus nerve
e. All of the above

9) Which is generally the most pleasure-prone part of a man's penis?
a. The underside of the glans
b. The top side of the penile shaft
c. The head
d. It's all the same

10) Which of the following is true about marital satisfaction?
a. It generally decreases after you have a baby together
b. It all goes to hell after the baby's born
c. It is usually not affected after a couple has a baby together

11) What percent of married adults are largely satisfied with their sexual partner?
a. 54 percent
b. 64 percent
c. 94 percent
d. 0 percent. Married couples don't have sex


12) Which of the following can reduce the effectiveness of oral contraceptives?
a. Female orgasms
b. Antibiotics
c. Antidepressants
d. All of the above

14) How long does it usually take for symptoms of HIV to appear?
a. Two weeks
b. Six months
c. Two years
d. Over a decade

16) A person who has oral herpes (cold sores) can pass the herpes virus to a partner while performing oral sex on them.
a. True
b. False

17) Among young, healthy men who have difficulties getting or keeping an erection, the cause is most often related to:
a. Erectile dysfunction
b. Performance anxiety
c. Peyronie's disease
d. Phimosis 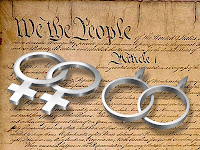 
21) What is a "gender identity"?
a. It dictates whom a person is sexually attracted to
b. It is a person's inner sense of maleness and/or femaleness
c. It is your biological sex
d. All of the above

23) Which is the fastest-growing group of people with HIV in the U.S.?
a. Homosexuals
b. Men who have sex with men
c. African-American women
d. Gay Caucasian men 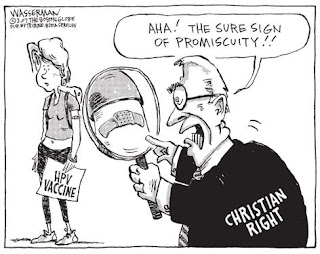 c. IUDs
d. All of the above

27) A woman's virginity can be proven by:
a. An intact hymen
b. Bleeding during first intercourse
c. Both A and B
d. Nothing -- it can't be proven with physical evidence


If you scored between:

18 and 27, you go to the head of the class. Email me and I just might send you a Certificate of Sexual Proficiency.