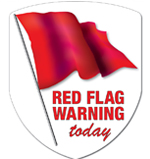 **WARNING!! This blog contains
some language
(quotes from others) that may offend.
Proceed with caution**
Okay. So if you haven't been following (or you are a new reader) the saga of my life life you may want to read this blog, and this one...and then finally this one. (Oh and if you want a quick, humorous wrap up of my dating experiences check this entry out)
Now somehow, and perhaps its because I've felt like my head has been in a whirlwind the past month or so, I have failed to mention that a week after Mr. HK (who is now back in the USA and I supposed should now be called either Mr. SF....or as one of my bff's calls him "The Creature") contacted me guess who should reappear on my computer screen?
Mr. CT of course. 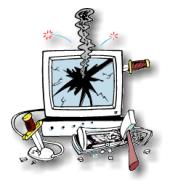 Sent me an email saying his computer crashed, lost all his emails, and that's why he hasn't emailed/IMd me lately. Now, I'll give him that, I'll trust that this is why the emails stopped. However, I am keeping in the back of my mind the fact that a broken computer does not also mean a broken phone (when questioned about not calling there has yet to be an answer). Also, when I mentioned to Mr. CT that I felt like "runner up" - because I saw he had restarted up his online dating profile - his response was "well it DIDN'T work out with anyone else."
.... he just didn't get it.
At this point, I'd been honest with "The Ex" about the fact I had been 'seeing' others while we were broken up and equally I wanted to be honest with Mr. CT. about the fact that "The Ex" and I were talking and exploring the possibility of mending fences.
His response: "The China Guy!?"
Now, from there I explained that he was no longer living in Hong Kong and that "The Ex" was only 1/2 Chinese (when I first started talking with Mr. CT he was perplexed on me having been in a LDR with someone in China). Something about "the China guy" just didn't sit well with me. My bff in Seattle tried to convince me I was just over reacting. That because "The Ex" was now back I was trying to convince myself that there was something racist wrong with Mr. CT.
So we (Mr. CT and I) continued to talk and be friends. Then earlier last week Mr CT and I were chatting. He asked "So how is the China Guy"....hm? So as a response I told him I didn't think he really wanted to know how he was doing and if he had another question he just needed to ask. (My thoughts were that he was hoping "The Ex" and I weren't doing well and the gates had reopened for him). After a few moments of silence Mr. CT has a moment of verbal diarrhea asking if I've ever met "the China man" face to face and how do I know he's not a "Negro" 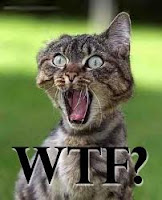 Um? WHAT THE FUCK!!??
RED FLAG!!
RED FLAG!!
Overwhelmed and shocked I ended our conversation (thankfully it was 5 o'clock and ending the conversation was fairly easy enough). I quickly sent my Seattle BFF a text message telling her what just happened and asking if I could start jumping to conclusions and see this as a "red flag"!! (of course she said 'yes')
Later on Mr. CT found me again online and apologized saying he didn't mean to offend me, he was just curious if I knew "The Ex" wasn't "white, black or whatever".....I replied that I wasn't offended by the intent of the question just his use of the term "Negro"... no response.Since then I have received a few (offline) messages telling me 'good morning' and 'evening'. 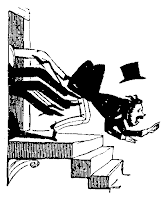 At this point I don't see him talking his way out of this one.
I don't see me believing anything he might say trying to.
At this point I'm not sure if I need to tell him to just piss off point blank or to simply let this whole thing fade away into the cyber-sunset. Either way, Mr. CT's time is quickly running out.
Email Post
Labels: dating internet dating men race