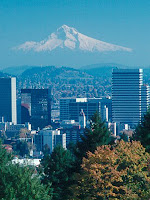 Since moving to Portland two years ago I've tried to do what I can to make the best of where I'm living.. Visiting touristy and local hot spots alike. Trying out and exploring the culinary scene that makes Portland a foodies-wet-dream. Just generally trying to familiarize myself with the ins-and-outs of this new town.
So when a friend forwarded me this "9 Facts You Might Not Know About Portland, OR" I was so up for the challenge!!
Here they are:

9. Portland is the only city with an extinct volcano within city limits. Yep. Mt Tabor. Not too far from where I live too.
8. Portland has more movie theatres and restaurants, per capita, than any other city in the United States. Now while I didn't necessarily know this exact fact it's hard to not believe it. Especially where McMenamin's often times combines both in one establishment.

7. Portland has the second largest hammered copper statue in the world (the first is the Statue of Liberty). I did know this. Her name is Portlandia and she lives on 5th in Downtown. Depending on what angle you look at her she's either beautiful or a bit scary.
6. More than 20 Farmer's Markets and 35 Community Gardens provide access to fresh, locally sourced food. Yes I did know that. And I've been to a number of them. :) 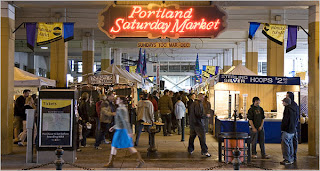 5. Saturday Market is the Largest continuously operating open-air crafts market in the United States. So while I did not know this I also don't agree with it...mostly because Saturday Market does shut down January and February (understandably so). So does that still count as "continuously"? I think this is a prime example of Portland just wants to be #1 at whatever it can.

4. Portland's International Rose Test Garden is the oldest in the Nation. Believe it or not, I did know this. Mostly from my time working at the Portland Rose Festival. The garden was opened/started in 1917 and is actually 5 gardens in one.
3. Portland has more microbreweries and brew pubs than any other city in the nation. Again, I did know this. And because we're the microbrewery capital of the USA that means it's damn impossible to find a freaking liquor store anywhere!! Actually I have no idea if one is because of the other but it sounds like a good blame. 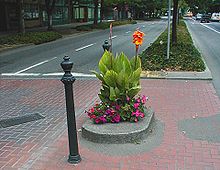 2. Portland is home to the nation's largest urban park - the 5,000 acre Forest Park. Look at me go! I knew this too!! I also know that Portland houses the smallest park in the WORLD!! Mills End Park. It's a whopping 452 sq. inches
1. Portland's nicknames include "Rose City", "City of Bridges", "Rip City", "River City", "Stumptown" and "Puddletown". Yes, yes, yes, yes, yes, and yes! Although the "official" nickname is "City of Roses".
So in the end. I'm very proud of how much I've learned about my new town in the last two years. :)
Email Post
Labels: beer farmers market food humor Portland quiz