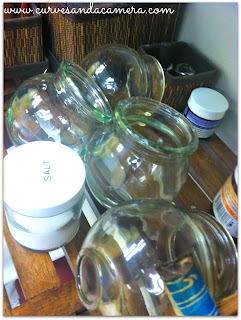 Last week I fell at work and twisted by back. I got a massage and went to see an acupuncturist to try to put everything back where it belongs. Luckily the acupuncturist I went to see was also a chiropractor so he not only needled me, treated me with Moxa but he also adjusted me....oh yea and then there was the cupping therapy.

For those unfamiliar with "cupping" let me explain:

"Cupping is the term applied to a technique that uses small glass cups or bamboo jars as suction devices that are placed on the skin...The suction in the cups causes the skin and superficial muscle layer to be lightly drawn into the cup...Generally, cupping is combined with acupuncture in one treatment, but it can also be used alone. The suction and negative pressure provided by cupping can loosen muscles, encourage blood flow, and sedate the nervous system..." - PCOM

Now, I wasn't unfamiliar with cupping. I knew how it worked. I knew the philosophy behind the treatment. But I just wasn't clear on what the experience really would be like. I didn't expect the suction feeling to increase over time and one was actually slightly painful for a while. But I trusted the practitioner to do what he saw best. 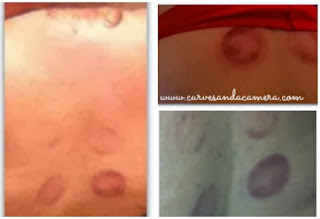 I even knew that the treatment causes round marks on your skin because of the suction. However, it wasn't until AFTER my treatment and I was looking up to see if I could take a shower after the treatment, that I learned the marks will be on my back between 2 and 3 weeks!!!

So for the next three weeks my back is going to look like an octopus gave me hickies!

I will admit. I'm not sure if I'll ask to have this done to me again. At least not unless the doctor provides a GREAT reason for the treatment. Until then.....
Email Post
Labels: acupuncture body Chinese medicine therapy