Putting the FUN back in dysFUNctional 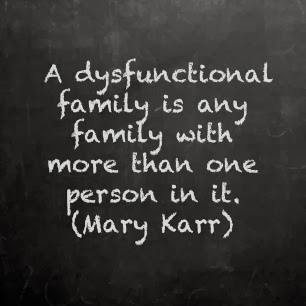 I can't tell you how many times, and by how many people, I'll be recounting something that happened at a family party or the latest update on a family member and I'm told I should "write a book". That I could "make millions". My response is always the same. "Maybe. Someday. When I no longer want to speak with them because they would all disown me!"

And no, this isn't my attempt at a writing deal. I'm a firm believer that just because someone blogs doesn't mean they can write a book. I have a few friends who are (un)published authors and I would never begin to presume I could do what they do. Yes some bloggers can but that's by what this is about.

While I may have to edit some stories, adding some fictional components or omitting some of the juicier bits, I will be sharing some of the giggles that are abundant in my family.

To give you an idea of my family let's start with how large it is - Italian Catholic on one side and German/English Episcopalian on the other. In numbers  I have four aunts and two uncles. Nineteen first cousins, Nineteen second cousins and one third cousin. However if you include spouses (because some have been a part of my family since before I was born) the numbers are: six, six, thirty-eight, twenty and one

The best way I've described family before is "Have you ever seen My Big Fat Greek Wedding?"

...yea that's about right. We're loud. We eat. We breed.....And despite both sets of grandparents being married for decades upon decades - until death did they part - the people in my family don't have the best track records for relationships.

My parents? Divorced. Of my six aunts/uncles? Ten divorces, 1 never legally filed for divorced, and one just "shaken up" in her 70s.The cousins are doing a but better. Of the eighteen marriages only three divorces, six separations and eight children (heaven forbid) out of wedlock.
. 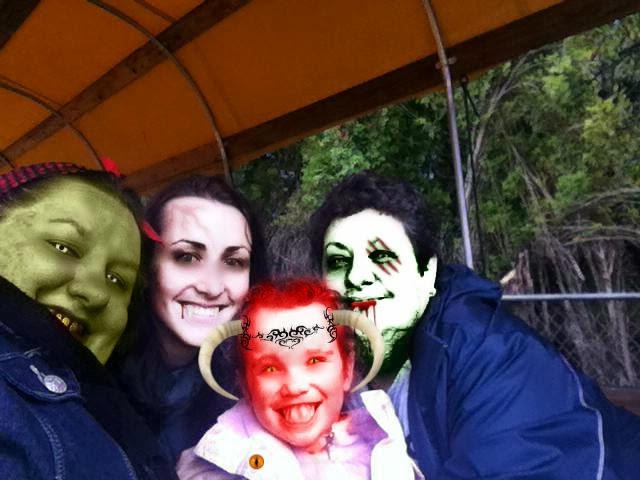 I was raised by Wiccan Hippies who took their 2-year old to a Grateful Dead concert.

My great grandmother once thought she swallowed her dentures.

A great-uncle who started dating his ex-wife's cousin and then the ex-wife moved in with them for a while.

I gave my sister a taxidermy hedgehog with a top hat and walking cane for her last birthday.