Asha vs the Cat Carrier 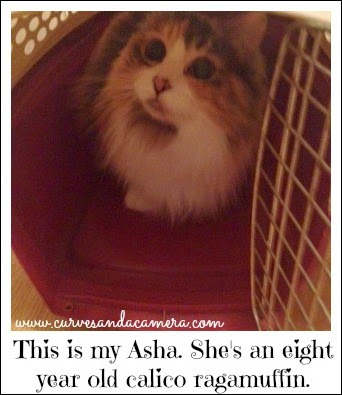 First she has an unusual attachment to her cat carrier. She loves it! She sleeps in it whenever she can. She thinks it's her cave or something. Luckily it does make vet visits easy...well easier. 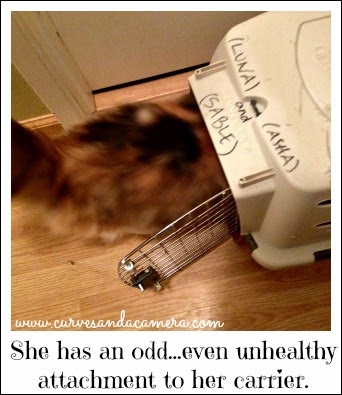 This morning it was sitting reversed on the washing machine (we had taken another cat to the vet recently and I hadn't put it up on the shelf yet). Because she's attached....she wanted it! Somehow she wiggled her way in. which then made the whole thing tumble over with her in it. 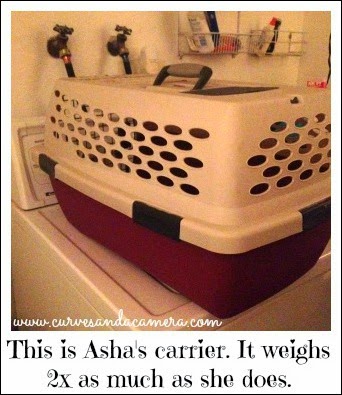 Now realize she weighs less than four pounds, so she had to have worked hard to push the carrier over. It weighs more than her for goodness sakes.

So there it is standing on its end (open side up) and she's looking confused and shocked. I pull her out, ask her what happened, try to hold back laughter, and then continue getting ready for work. But at this point she's spooked and zipping around the house. My mother walks by and Asha jumps around, waiving her limbs with hair standing straight up. 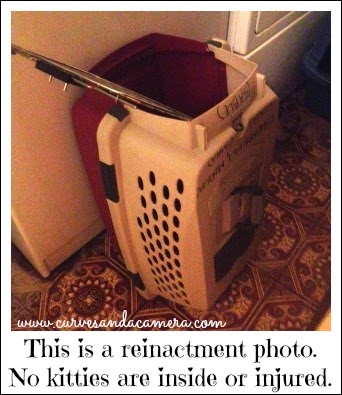 Overall she looks okay. I pet her and head to work.

Tonight I get home and realize she was limping...bad. Being the crazy-cat lady...I mean good kitty momma I am, I start to panic!

The vet bill is racking up in my head. X-rays, medication, casts...what if she broke her leg? Is it her shoulder? What's wrong with her shoulder? It doesn't look right....what is that...??

It's her "calming collar"...under her armpit. I'm not sure if that's what the flailing was about this morning or if was during the day. But mom and I tag team her, cut it off (because she won't let me pull it off) and she goes along her merry way. 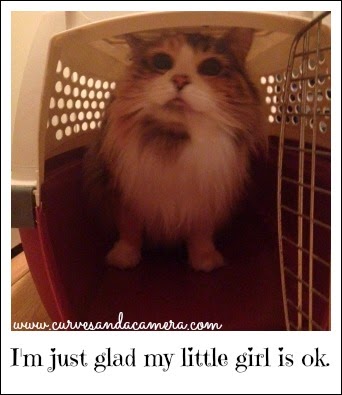