Curves and a Camera goes Country

When someone asks me what type of music I listen to, I never really know how to answer. My iPod has everything from Broadway musicals (Mama Mia, Lizzie), jazz (Ella Fitzgerald, Miles Davis), Divas (Cher, Madonna) and Top 40 hits (Plain White Ts, Lady Gaga). However, I've jived to hip hop concerts, got my boogie on at an N*syn concert when I was a teen and there was a period of time when the majority of my CD collection was Country Western.

Yes, you heard me right. This fierce, curvy, vintage loving prima donna once sang along with Reba McEntire, danced to Shania Twain, and owned every album of Garth Brooks. 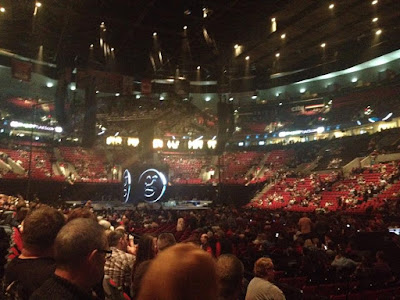 Now let's be honest. You don't have to be a "fan" of country music to know that Garth Brooks rocks! He bridged the worlds of Stetsons and Bravado. 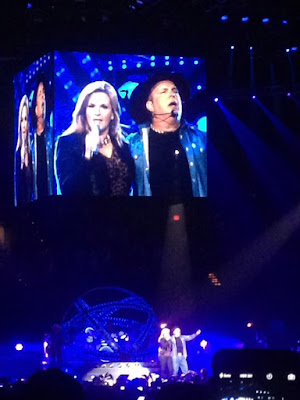 So when I heard that he was back on tour....OMG. The little country girl inside me squeeeeeled!

I was also shocked with my sister K said she wanted to go! When I met K she was head to toe Goth! Even now, nineteen years later, while the black liner and spiked collars have tone down, I still never would have believed she wanted to go see Garth Brooks live! 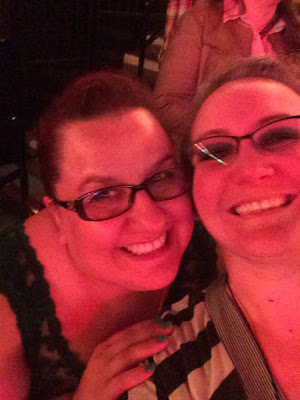 We danced. We sang.
We got our picture taken with the headliner. 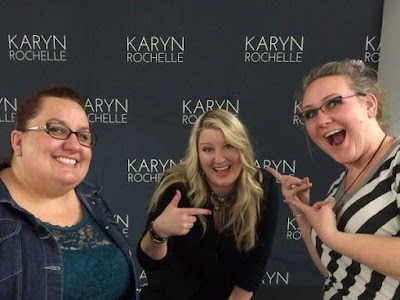 K even ended up with a playlist from the night! 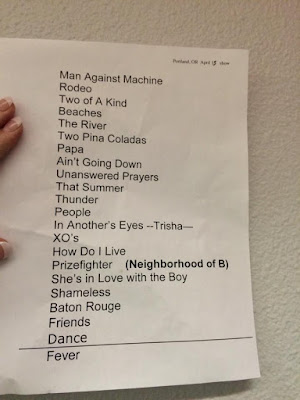